One on One's & Comedians In Cars Getting Coffee 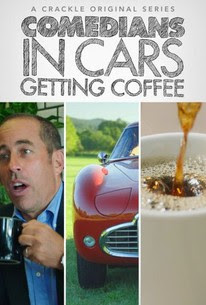 In our line of ministry, one on one meetings are essential to success. We only have a few shorts years (or a semester or two) with those we get to know on campus and, if discipleship is a priority, it looks a lot like sitting down and having loads of face to face conversations. Often though, what happens during those conversations is hard to delineate without experiencing it first hand or a few trials and error. Much is written about what not to do, but besides employing a vague script or a short discipleship curriculum during the meetings, it is difficult to express how a good one on one goes.

After watching all of the seasons of Jerry Seinfeld’s show, I can see many reasons why I would point to his interactions with his guests as a good model for strong one on ones. Hear me out….

First, Jerry is a great host. He picks up his guest in a car specifically chosen for them, he even matches his shoes to the car. Whether it is the size of the car, the beefy-ness of the engine, the color or sportiness, or the history behind the vehicle, something about the car reminds him of his guest and he is excited to share it. He also considers their need for coffee and takes them to a good spot.

Second, Jerry makes space for a good conversation. He isn’t rushed. He isn’t checking his phone or calendar or thinking about what’s next. He is just there to be with the person. He pays attention to his guest and whether they are focused on the conversation too. If they are distracted by something, he just talks about it and permits the distraction to lead to more conversation. If you are watching closely, you can tell when the conversation goes beyond the planned script. Jerry is fluid with his ideas of where the meeting will go.

Third, Jerry is interested in the guest’s life outside their stardom. He frequently visits a spot special to his guest, whether it is their home, art studio, favorite store, or the stage on which they originally found their first real break. Jerry wants to know what makes them tick and who they are off the stage.

Fourth, at some point in the conversation, Jerry often “turns the corner” into deeper topics of conversation. Sometimes, this is about how they have messed up, how they’ve irresponsibly spent their fortunes, how their crazy childhood is what drove them into the life they currently live or the hard parts of being famous like loneliness, lack of anonymity, or the hectic schedules. Jerry asks the tough questions and is willing to share his own experiences with them.

Obviously, Jerry meets with this guests for different reasons than a campus missionary would meet with people, but I think he provides a good model for how to make a good one on one happen. We don’t have a garage full of fabulous cars or a houseful of sneakers to match, but we can set a relaxing, personal tone to our meetings. We don’t have a production team following us around (THANKFULLY) and we will hopefully meet with our mentee more than once. But we can look to Jerry as a way to assemble the pieces of a good get-together.
campus ministry comedians in cars getting coffee Jerry Seinfeld ministry one on one's people