- January 26, 2017
I’ve been reading Strong and Weak by Andy Crouch with my Facebook reading group over the last few weeks. He defines “flourishing” differently that I would have initially, but after his explanation, I agree with him. My paraphrase of his definition is doing the thing that requires risk and all of you- and doing it with abandon. It doesn’t really matter if you succeed from the perspective of the onlookers, it doesn’t matter if you’re the best at it, it doesn’t matter if you entirely fulfill your goal. It’s the heart behind what you do, it’s the motivator for why you do what you do.

I kept comparing his definition of flourishing to parenting initially, as did some of my friends who are also reading the book. Parenting is tough. It is a daily sacrifice and servanthood to little people who may or may not ever know. It’s a stretching past limits I previously thought I couldn’t reach. It’s relying on Jesus in a way I never knew...because I simply want to do it better than I’ve seen it done before....or just better than I did it yesterday.

But then I started to apply this expression of flourishing to ministry, campus ministry in a dark and empty place. What does it look like to flourish at this, here in this place? 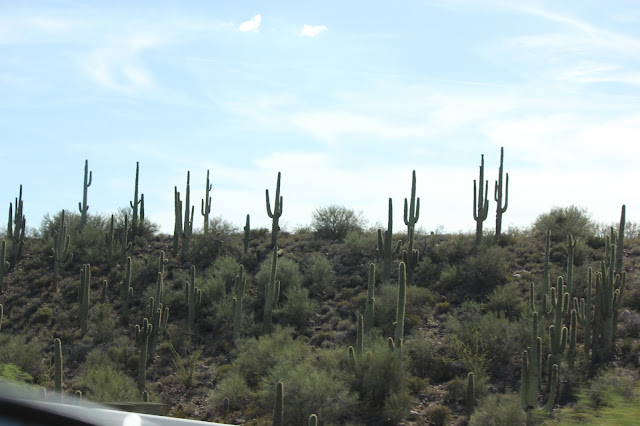 Serving in our ministry capacity, as far as flourishing is concerned, is simple to say and hard to do. It’s being vulnerable and leading. Vulnerable to extend yourself beyond your limits. Vulnerable to share your life with people that may or may not ever know or care. It’s vulnerably giving up your assumed right of a “successful looking from the outside” ministry. It’s leading because it requires speaking about something that isn’t yet visible. It’s leading because it telling people what it could and will look like. It’s being there for the seemingly unimportant things. It’s training and teaching. It’s having a broader perspective of things than others, yet leading from a place where others sit. Again and again and again.

And ultimately, at it’s most basic job description, flourishing in our context- whether others agree or believe it- is just standing. It’s having the honor of the one to declare that where you stand is Holy Ground. It’s representing Christ in a place where He is ignored. It’s putting the time in even when it feels pointless. It’s doing what God has asked you to do whether anyone ever sees it or values it or high-fives you for it. It’s praying for miracles and being ok with not getting the chance to see them happen. It’s throwing the seed on the ground that isn’t ready, or acts like it isn’t ready, or just doesn’t want it.