From Protected to Projected- The projected part 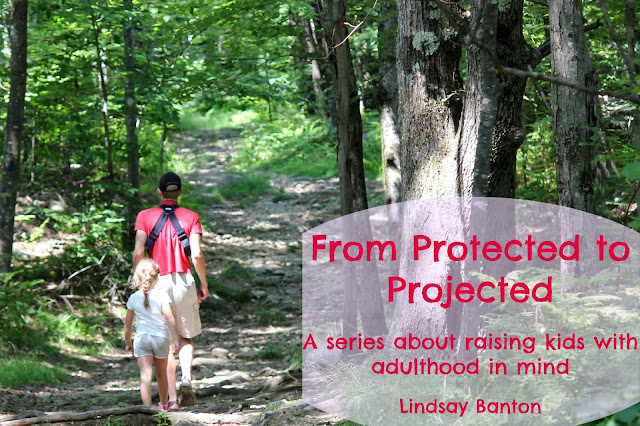 Let’s zoom in on another key term Jesus employed. He said “As you sent me into the world, so I am sending them (the disciples) into the world.” The words “sent and sending” both come from the same Greek word /apostellō/ which means “set apart, to send out on a mission literally or figuratively: put in, send away, send forth, send out, and set at liberty.”`

When Jesus released his disciples into ministry, he literally projected them into the vocation God called them to. Included with Jesus’ instructions to the disciples to be “sent” was his prayer that they would not be alone. Believers are supposed to be held together in unity with others (Acts 4:32) so that body of Christ can remain strong until the day he returns. We are not meant to be an island unto ourselves (Romans 14:7), so we should model and teach our kids likewise. Encourage participation in their community and begin praying now for your child’s future surroundings, such as college and career placements, that a body of believers will be found there.

Challenge #3:
May I challenge you to consider your parenting strategies and realistically imagine what it will look like if our kids are “sent” just as Jesus’ disciples?
And what does it look like on a daily basis when our task is to project them into the call God has on their lives?

This call could be anything from cutting hair at the salon across town to carrying God’s message to broken lives in foreign nations- no job is insignificant when they are accomplishing the very task God has for them to do for His glory- no more, no less. On the term Jesus used for “sent”, a biblical commentary states, “It is more the honor of a Christian solider by faith to overcome the world than by a monastical vow to retreat from it; and more for the honor of Christ to serve him in a city than to serve him in a cell.”*