on November 01, 2012
It all began with a car rental. Gil had to get one for a ministry trip he had scheduled. He picked it up Friday afternoon because he needed it Monday morning and you can't pick up rentals over the weekend.

We always reserve the compact cars since they are the cheapest to rent and best on gas. But when he went to pick it up at his scheduled time, they had already rented all the smallest cars. There was one car left in the lot and they had to give it to him...a Chrysler 300M with leather, heated seats, on board computer, rear view reserve camera and a stereo system that actually allowed us to hear all the words clearly.

You see....we drive a minivan. I love my minivan, I truly do. Here's when the BUT comes in- it's ten years old, the front windows don't go up and down reliably, it's encrusted with kid crud and we are currently refilling the power steering fluid weekly because of a *little* leak. It's like the best pair of jeans.... It's my favorite car and it has been with us through so much... But it's newness was gone many trips to the dump ago. Three of the four speakers are blown, which is why we never knew some of our music had drums in the band. Nevertheless, I love our mini.

The fancy blue dashboard lights were just the beginning.

Saturday morning at the girls' soccer practice, Gil's co-coach handed us tickets to the Revolution Game. (I wondered the same thing....the Revolution is New England's professional soccer team.) We were excited to go, and since it was his birthday, it was a perfect outing for him. I was just happy to tag along and enjoy a night out with my husband...something that we wish we could do more. The coach said he thought they were good seats, but couldn't find them on the stadium website. He assumed that meant we we sitting on the field. Very cool.

So, we enjoyed our ride in the swanky 300 and reveled in the more-than-coincidence birthday surprises for Gil. He lives and breathes soccer. What a great gift!

We parked in the first lost we saw and walked through three other lots to get to the door of GilletteSstadium. The employee didn't recognize our seating assignment, so he forwarded us to his supervisor. We were expecting him to point us to some seats near the field, but he said; "woah, these are club level seats!" and pointed us in the direction to the elevators to go up.

The Blue Club level offered a GREAT view of the field. But we were Red Level, so we kept looking and found another employee to help us...many of them didn't seem to know where we were supposed to go. After a few hand-offs, we met the man in the suit in the elevator. There were several stressed phone calls, confirmation that our tickets were valid and quite the buzz of confusion as to who we were and why our box wasn't unlocked. The suit was embarrassed and kept apologizing.

He asked where we got our tickets and we shared that Gil coached pee wee soccer and was given them by his friend, named Jeff. Jeff had gotten the tickets from his work, which we couldn't remember the name of.... But we told the suit that Jeff worked for a solar panel company. "Oh, NRG!"

" Here is a buffet, dessert, waters. Fill up a plate. Get whatever you want. We are so sorry for the confusion."

Nicely dressed man #2 joins and makes small talk with Gil while we walked hurriedly through the press box and onto the private area of the stadium. R79 is now unlocked for us and Ann is there uncovering our leather seats. The suit opens the large glass windows and assures us that we will have whatever we need. We've missed 24 minutes of the game (including the first-and only goal) but we were simply amazed at where these tickets had just taken us.

Before leaving us, Ann asked where we parked so she could explain to us how to easily get back to our car. We told her we had parked three lots over, near the Bass Pro shop. She said we could have parked right outside and walked into W2. Whatever that was. Gil was through the roof excited to see the game.

I kept thinking of the banquet table. Not the one in the hallway from which we loaded up our plates, but the one we have been invited to in heaven. Only, that table will be so much cooler than this, by far.

At this point, I was VERY thankful I didn't wear my holey jeans.

Our excitement was interrupted by Gail. She came in our private box to apologize again, on behalf of Gillette Stadium. We shook hands, told her not to worry and got back to the game and the baffled, wide opened mouth looks we had on our faces.

Another knock at the door. Gil was introduced to our personal assistant. She would stand outside of our box and help us with whatever we needed. We just had to let her know.

We were being treated like royalty. If they only knew who we were...or weren't. Gil told each of these people we interacted with the story of how we had the tickets, that we weren't actually NRG employees and that we were very happy with all they had done for us. It didn't matter. Our tickets said R79 and so the red carpet was per verbally rolled out before us.

The 90 minute are flew by. In fact, I don't think any athletic event has ever passed before my eyes so quickly in all my life. Where did the time go? Did we really have to leave our box already?

We grabbed sodas for the road ( from our full stocked fridge) and left R79. Our personal assistant pointed in the direction of the quickest way to leave the stadium. The private elevator took us to a hallway protected by another stadium employee. He stopped and asked if we were trying to leave or if we needed to get out into the crowd. We told him we were leaving and he said, "since you came out of that door, you can just walk up those few stairs and you'll be on your way. You don't need to get mixed in with all of these people."

We turned around, took the short stairs and left through W2, the doors we *should* have come in through. We crossed the access road and walked through the VIP parking lot where we *should* have parked. Three parking lots later, we located the 300 via the push start button on the key. We got in and Gil reversed the car using the camera and we were on our way home.

Still baffled. Sad our unexpectedly amazing night was ending, but awed at the awesomeness of it all.

We wanted to stay at the banqueting table a little longer. We wanted to revel in the greatness of our evening. He and I were still amped when we got home, too excited and amazed to sleep. We kept listing ways this night had shown us so many things of God:

Our ticket said R79, therefore it didn't matter who we were-or weren't- they considered us worthy of royal treatment.

Like the song my kids sing, written from Song of Soloman 2:5, "He brought me to His banqueting table and his banner over me says LOVE"

We felt loved, lavished beyond our imagination, and so ecstatic to experience such a night. One other thing; we knew that Jeff had an entire stack of these tickets- 30 more to be precise. If we had known, we would have brought everyone we knew with us. How fun would a private box be with 31 of your closest friends- on your birthday! Come on, now! If we had only known.... 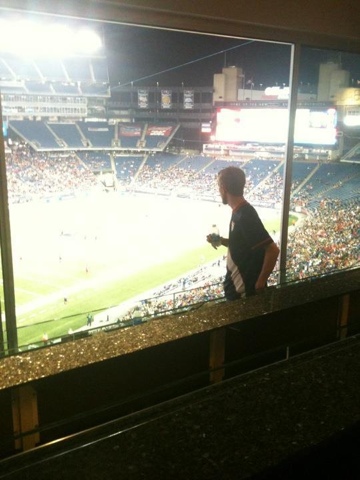 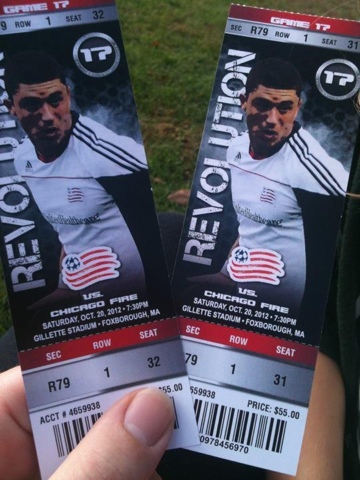 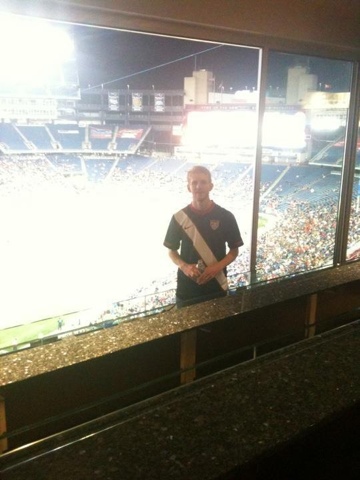 Women Are Scary (book review)
Honestly, I was a bit skeptical of this book. I am not a fan of fluffy reads nor books that are overtly girly. It’s like the girly gab oozes through sometimes and I can’t handle the silly remarks. But, I was wrong. Melanie Dale is hysterical. I am a huge fan of clean, stand-up comedy and I was literally laughing aloud in my backyard while I read her book. While I sat with the kids outside, I chuckled through the first few chapters before I had to shake the sand out of the baby’s clothes and do tick checks. Melanie also found a way to win out past mom-to-three-exhaustion at night and I kept picking up her semi-scary covered book.
Woven in between her super funny stories, Melanie (I pretend she and I are on first name basis because she replied to my facebook comment about what “base” moms are on when they take over the kids’ trampoline) gets real with the fears and frustrations moms of all walks of life face when wanting friends.
Being a part time working/s…

That's approximately 187 days since I blogged last. I have written and rewritten things to post, but I end up deleting them or changing my mind. I have waited for inspiration to write. When those fleeting moments have come, I usually didn't have my computer around to write, so the inspiration flitted away. Mostly, I have been tired and focused on other things. I have also been bugged by many bloggers lately and not wanting to lump myself in with the whole mess of them. I don't want to be pegged as one of the lame bloggers.

When I first began blogging years ago, the goal was just to get used to putting myself out there. With time, I became (somewhat) used to posting my thoughts on things, lessons I learned about life and Jesus, and other topics. I would write and toss it out there for all to see.

But then I let my head get to me. I began filtering my writing through certain people- the colleague I aim to be like, the relative that thinks they know me, the one waiting for me…

You need some backstory. It began when I was 15. My friends and I went on a Spring Break trip with a church youth group. One of us decided a quick game of softball would be a fun way to waste a few minutes. But that ended after the first hit when the ball landed on my face. What was supposed to be a fun, 3 day get-away turned into an emergency trip to the dentist to get my tooth shoved back into my gums. I’ll spare you the gore, but blood, puking, swelling, stitches, strange glue holding my teeth together, infection, a round of antibiotics shot directly into my left cheek (not the one of my face), and innumerable dentists visits are all a part of my story.
However, not until many years later did the UPS get involved.
You see, whatever dental magic was done to me between that fateful day and on through my early 30’s was no longer doing it’s job and I needed a dental implant. The prosthetic dentist told me this was a fairly easy process and set my appointment. Since my dentist was 40 mi…